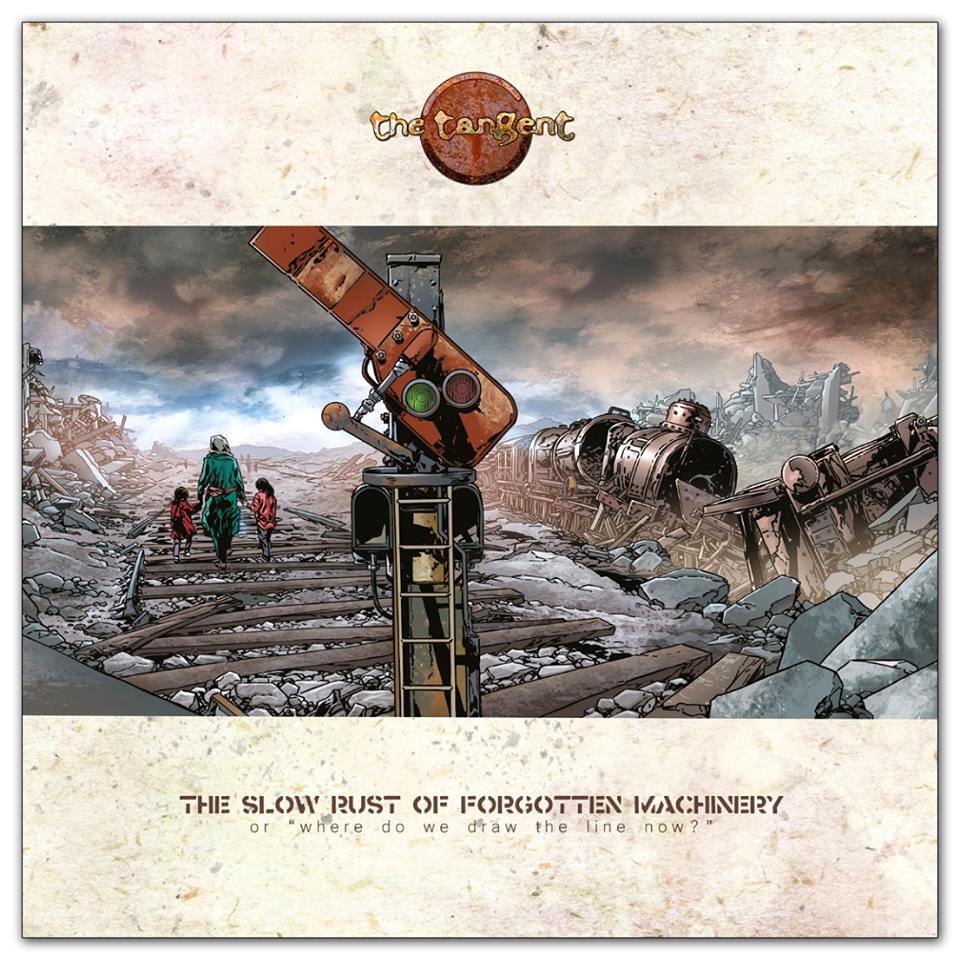 Sunday night at ProgStock 2017 – a “double headliner” by Karmakanic and The Tangent!

The Tangent, the progressive rock group led by Andy Tillison, have recently announced the release of the first new music since 2015. Their new ninth studio album ‘The Slow Rust of Forgotten Machinery’ is set for release on 21st July 2017. The line-up for this album once again features Tillison on keyboards, vocals (and for the first time on a Tangent record – drums), Jonas Reingold on bass, Luke Machin on guitars and vocals, and Theo Travis on sax and flutes plus new member Marie-Eve de Gaultier on keys and vocals. There are also guest appearances from author/playwright and Chumbawamba founder Boff Whalley on vocals, and upcoming DJ/producer Matt Farrow.

Band leader Andy Tillison had this to say: “Roger Waters did prove the ability of Progressive Music to act as a vehicle to communicate ideas about the current world scene. In both Pink Floyd’s “The Final Cut” and his “Amused To Death” albums, Waters set a challenge to others in the genre. A challenge which has not been frequently accepted.”

The album sees The Tangent in political commentary mode once again – this time often focussing on the horrendous plight of refugees from war torn parts of the world – and the way in which they are treated by the West, and in particular by the tabloid press. The album laments the new trend in building walls and defending borders across the world yet takes time to look at the breakup of friendships and other more personal issues – along with a song about the fate of wildlife in the modern consumer world.

And it’s a Progressive Rock Record. Full of intricacies, long developed pieces, challenging arrangements and virtuoso playing from all members. New sounds and styles (the band have brought a DJ on board for some sections) – new voices and techniques (first female vocals in The Tangent since the “Not As Good As The Book” album 10 years ago). A new producer in the form ofLuke Machin whose open and deep/clear sound is a major factor of this album, a new drummer in the form of Andy Tillison who decided at long last (after drumming for 30 years) to let his own performances guide the rest of the band rather than adding another musician later. And after 13 years of asking, Jonas finally agreed to play some double bass in a song where Luke also plays some Scat guitar and Andy does a full on drum solo.

“The Slow Rust Of Forgotten Machinery” also features stellar artwork from Marvel / DC Comics artist Mark Buckingham. The sleeve of the album is totally based on the music it contains and was especially created for this project.  The album will be available on limited digipak CD, gatefold 2LP + CD, and digital download.

Look out for more information in the coming weeks!
The Tangent online:
www.thetangent.org
https://www.facebook.com/groups/alltangentmembers/