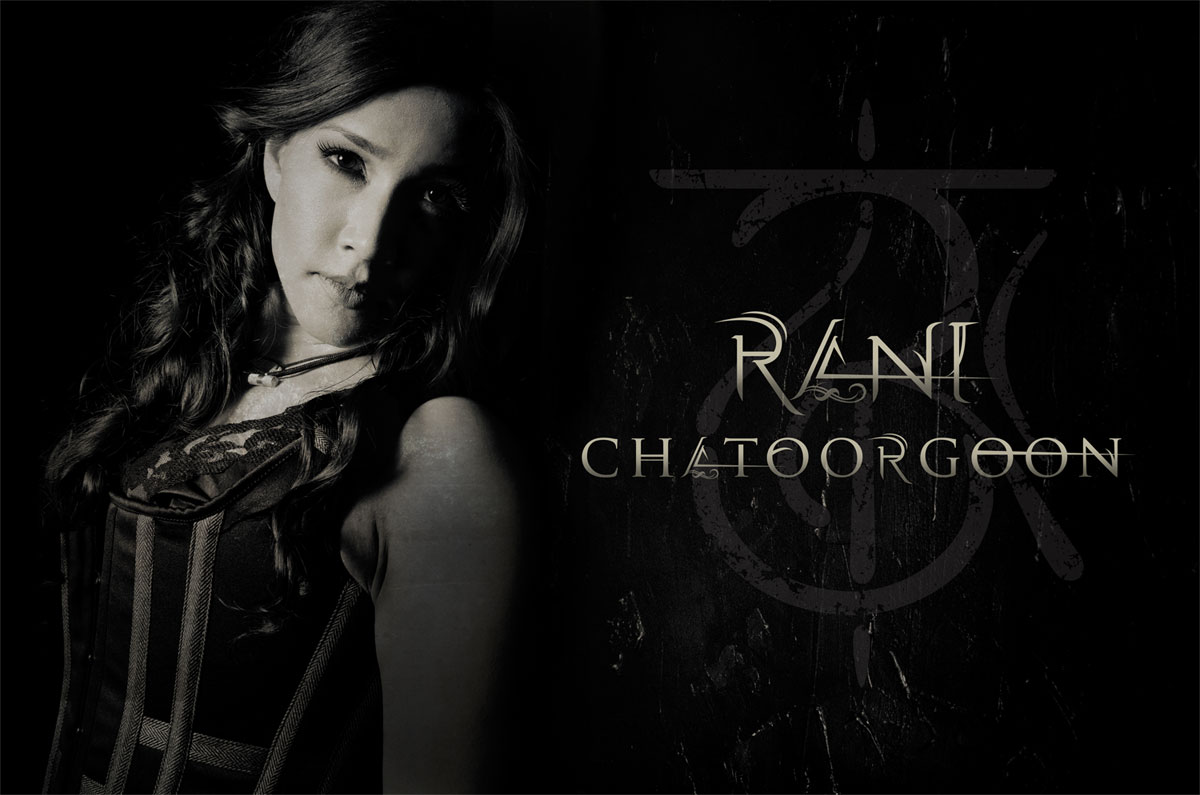 Rani Chatoorgoon is a Canadian-born song-writer, singer and recording artist. The daughter of immigrants from Trinidad & Tobago (with ancestral ties to India), Rani is known for her unique musical style which blends the delicate flavours of Indian composition and instrumentation with the heavy but sweeping grandeur of symphonic rock.

Since the release of her debut album, Illusions of Loneliness (2009), Rani has attracted a worldwide fan base and collaborated with a roster of talented artists (notably, Ruud Jolie of Within Temptation, producer Joost Van Den Broeck and Indian composer Sandip Banerjee) whilst refining her sound and fueling her growth as a singer and writer. Influenced by Led Zeppelin, Within Temptation, Evanescence, Loreena McKennitt, Sarah McLachlan and AR Rahman (to name a few), Rani’s undefinable music has been finding its home in the hearts of music-lovers across a multitude of genres since her debut.

Rani’s latest LP “Samsara” was released in late 2016 garnering favourable reviews from critics around the globe. Lauding her hypnotic vocals, mesmerizing melodies and success in blending competing genres, reviewers and fans alike are eager to learn more about this indie artist and where her journey will take her.