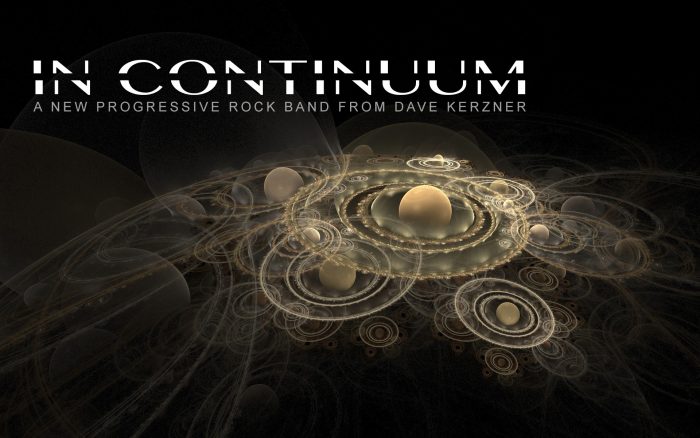 “In Continuum will have a similar approach that Alan Parsons Project or King Crimson has had in that it will feature multiple singers and musicians” says Kerzner “Each album will have a cast of players best suited for the material.”

The music of “In Continuum” is described as “sci-fi-themed space rock” and stylistically it’s a cross-over blend of progressive rock and mainstream alt rock.

Kerzner says “My role in Sound of Contact writing lyrics and music for keyboard-driven progressive rock music is similar to Tony Banks’ role in one of my favorite bands, Genesis. I’ve created ‘In Continuum’ as a new vehicle and outlet for that musical side of me to continue while I explore other areas in my solo work”.

The TOURING band will most likely consist of Dave Kerzner, Matt Dorsey, Gabriel Agudo, John Wesley, Randy McStine and Marco Minnemann. The first In Continuum album will be released this summer or early fall.